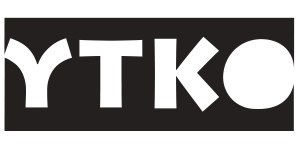 Over 22,000 businesses and nearly 31,000 disadvantaged entrepreneurs have been supported by the YTKO Group over a 14-year period, enabling inclusive economic growth from start to scale, according to the findings of a new independent full economic impact evaluation of our public-funded work.

The report finds that throughout this time, YTKO’s performance on driving job creation, productivity and inclusive, diverse economy has set new benchmarks.

“We are incredibly proud of achieving this level of financial, economic and social impact during the longest period of economic uncertainty in the UK. Helping businesses grow, create jobs and improve their profitability and productivity contributes to the competitiveness of the UK economy. We’re also helping entrepreneurs of the future overcome financial and social exclusion, and therefore impacting directly on the levelling up agenda and left-behind places.

We have addressed issues around gender diversity and the under-representation of both women and BAME, pioneering a more inclusive economy. In fact, we have more women starting and growing businesses than men, in contrast to the national picture.

The delivery of our award-winning services is down to the fantastic teams of people that work at YTKO, who all have a real drive and passion to achieve the very best for our clients”

Key findings of the report include:

YTKO services directly contribute to increasing the competitiveness of the UK economy:

Through our programmes, we are addressing financial and social exclusion in UK and therefore impacting directly on the levelling up agenda and left-behind places:

Achieving gender diversity and pioneering a more inclusive economy is a key achievement of our programmes:

Overall, YTKO’s performance delivered a £362 million triple bottom line impact and a ROI of £10.70 for every £1 invested.

Please download the Executive Summary or Full Report below: